The Indian Malankara Orthodox Church celebrates the anniversary of the Establishment of Catholicate of East in India, on 15th September. The Catholicate was established in India on 15th September 1912, at St. Mary’s Church, in Niranam, founded by St. Thomas. Murimattathil Mar Ivanios Metropolitan was consecrated with the name Mar Baselios Paulose I, as the first Catholicos of Indian Malankara Orthodox Church. The headquarters of Malankara Church is the Catholicate Palace at Devalokam and the head of the Church is H. H. the Catholicos. The Catholicos reign upon the throne of St. Thomas. The Head of the Church is Catholicos of the East and Malankara Metropolitan enthroned on the Apostolic Throne of St. Thomas.

The Apostolic Throne of St. Thomas

During the early ages the dispersal and expansion of the Church, was local. The title ‘Catholicos’ was used for the first time in Malankara in 1912 with the founding of the Catholicate. The administrators who reigned over Malankara Church prior to 1912 too executed an equivalent administrative responsibility. The position of authority from ‘Vedathalavan’ to ‘Catholicos’ gradually evolved through history.

Our Lord Jesus Christ, Savior and Master, established the throne and gave authority to all the Apostles to rule over. He said to His disciples: “Assuredly I say to you, that in the regeneration, when the Son of man sits on the throne of His glory, you who have followed Me will also sit on twelve thrones, judging the twelve tribes of Israel.” (Matt. 19: 28). Our Lord’s gave the final commandment: “Go therefore and make disciples of all the nations, baptizing them in the name of the Father and of the Son, and of the Holy Spirit, teaching them to observe all things that I have commanded you; and lo, I am with you always, even to the end of the age” (Matt. 28:19). Jesus Christ, before His Ascension commissioned His disciples “But you will receive power when the Holy Spirit comes on you; and you will be my witnesses in Jerusalem, and in all Judea and Samaria, and to the ends of the earth” (Acts 1: 8). St. Thomas, the Apostle, turned towards the East to preach the Gospel and witnessed Christ in Parthia, Media, Persia, and finally arrived in Malankara (Kerala, India) in A.D. 52, and then went all the way to China and on his return was martyred at Mylapore near Madras.

The designation ‘Catholicos’ is given to heads of Churches outside the Roman empire. The word ‘Catholicos’ means ‘administrator’, ‘general head’ or ‘general bishop’. It is as equivalent to ‘Universal Bishop’, derived from the Greek word Katholikos . This title and rank, ‘Catholicos’ is much more ancient than the title Patriarch in the Church. The title of Catholicos was first used by the Metropolitan of Seleucia–Ctesiphon in the Persian Empire. The Persian councils held in AD 410, 420 and 424 determined the rights and authority of the Catholicos.

St. Addai, (Thaddeus) the disciple of St. Thomas and one of the 72 Evangelists of Jesus Christ, followed the Apostle’s work, when St. Thomas continued his missionary journey to the Far East. His disciple Mar Aggai (Aggaeus) followed Mar Adai. They both administered the Church till A.D. 152. After them, Mar Mari, another disciple of St. Adai was the leader from 152-185. He stayed in Seleucia for 15 years and guided the flock, ably and effectively. Mar Abarosios was his successor administered the Church for 16 years. From 201-213, Mar Abraham was the leader. Jacob (Yakoub) followed Mar Abraham from 213-231. It was in 231, the Jerusalem Synod consecrated Mar Ahodabui with the title, CATHOLICOS with the authority to consecrate bishops and sent him with the Stathicon (order of appointment) instructing the Church in Persia and in the East to get consecrated, their bishops by the Catholicos. It was then also established to remember the Catholicos, like the Patriarch, in the first Thubden. Thus, the high priest of Seleucia and the Far East was elevated to the position of the Catholicos of the East.

Catholicos Mar Ahodabui after 15 years of reign, before his death consecrated Mar Shahaluppa as his successor. After 20 years, Mar Shahaluppa passed away and in 266 and Mar Pappo became the Catholicos. He administered the Church for a long time, until 295, when Mar Duvad, Metropolitan of Basra, was sent to India, to Malankara Church and upon the request of the Pakalomattom family, one of the families St. Thomas converted and ordained priests and bishops.

The first ecumenical Synod of Nicea was convened in 325, in the 59th year of Catholicos Mar Pappo. 318 representatives participated in this Synod and Mar Yuhanon Metropolitan was the representative of the Persian and Indian Churches signed in the decisions of this First Ecumenical Synod.  This Nicene Synod asserted the importance of the Catholicate of the East by giving him the title “CATHOLICOS” and the authority to consecrate bishops for the Church in the East, and specially instructed to give him the seat above others and next to the Patriarch of Jerusalem when he attends the Synods of the Churches in the West. The title “patriarch” was added to the title “Catholicos” in 421 at the Council of Seleucia. There is a general understanding is that the title “Catholicos-Patriarch” was implemented to the ecclesiastical head of the Oriental Orthodox Churches.

Mar Pappo was Catholicose for 69 years until 335 and his disciple and nephew Simon Barshabao was consecrated to be his successor. Mar Barshabao reigned 13 years from 335-348. It was at the tenth year of his consecration; the Syrian Colonization in Malankara took place in 345. The Persian Catholicos, sent a deputation to Malankara under the leadership of Thomas of Cana with bishop Joseph of Edessa, priests, deacons, and laymen numbering around 400 to Malankara.  Because of the influence of Thomas of Cana, a merchant, who headed the group, the Malankara Christians received several rights for survival, services, and expansion from the ruling Cheraman Perumal. The title ‘Syrian Church’ was also emerged from this relationship.

Founding of the Catholicate

When Mar Dionysius VI passed away in 1934, the posts of Metropolitan of Malankara and the Catholicos were merged and vested with a single person. The first Catholicos to hold both these posts was the third Catholicos Mar Baselius Geevarghese II. Thereafter all the succeeding Catholicoses held both the posts simultaneously. In 1934, Malankara Church drafted and adopted its constitution. This constitution of the Church was adopted sixteen years before the constitution of independent India was adopted Malankara Church could uphold its identity and independence through this constitution. It declared unequivocally that the Catholicos was the spiritual and the material head of the Malankara Church. Just as Catholicate and Maphrianate were founded in Persian Seleucia and Tigris respectively in accordance with the specific circumstances prevailing there, the specific circumstances in Malankara too necessitated the founding of the Catholicate here. The Catholicate of Malankara exists today as a golden lamp in our Church history.

In, September 12, 1958, the constitutional bench of the supreme court of India recognized the validity of the Catholicate and unanimously declared that the Patriarch of Antioch does not have any authority over the Malankara Church and that the Indian Orthodox Church is completely free under the Catholicos of the East.

The Catholicoses of the East of the Malankara Orthodox Syrian Church

As long as the sun shines, till then shall the Catholicate remain Catholicate Day is observed as ‘Day of the Church’ (Sabha Dinam) to reaffirm our loyalty and dedication to the Holy Church, to the Read more…

The Coonan Cross Oath also known as the Great Oath of Bent Cross, the Leaning Cross or the Slanting Cross, taken on 3 January 1653 in Mattancherry, was a public proclamation and avowal by members of the Saint Read more… 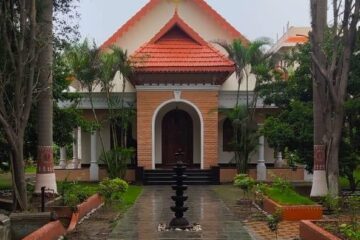