Bread is a sign of life. When we offer bread, we offer our lives to God. The bread used for Holy Qurbana is made of five outstanding, essential ingredients of life, representing four elements of the universe. 1. Wheat flour, 2. Water, 3. Leaven, 4. Salt, 5. Olive oil. Thus, all elements of God’s creation and Universe, are symbolically represented by the basic elements in the sacrifice.

Pure and light wheat flour, pure water, salt, yeast (leaven) and olive oil should be used to make Hamiro. The interpretation is that since wheat originated from man’s labor, water symbolizes the Holy Spirit, salt man’s obligation to God, leaven the Spirit and faith in the Word, and oil God’s mercy. Olive oil is smeared on the mould seal for imprinting the pattern. The olive oil is a symbolic reminder that our Lord was anointed. for the life-giving sacrifice. The bread for Holy Qurbana is seen as wholesome, in all respects, with the four basic components of creation join-together.

The bread is round in shape about 3″ diameter and 0.75” thick. It is baked by means of special mould. It is divided by two thick lines forming a Cross, representing Christ. Thus, the whole surface of the bread is divided into four equal segments. It is further divided by two circles, a outer bigger one and a small circle demarcating the centre, as shown in the picture.

Each segment has a cross representing the twelve disciples, the foundation of our Church, the New Israel, that unites us with Christ. Each of the four segments in the outer ring is further divided into two parts by a radial line. The outer circle has 72-minute bells representing the 72 evangelists or announcers of the Gospel, whom Christ appointed to preach to and serve the kingdom of God. (Lk. 10: 1). Thus, the bread used for the Holy Eucharist indicates that the apostles, the Evangelists, and the members of the Church are united and part of the body of the Lord.

The priest makes five holes in this bread to signify the five wounds in Christ’s body. Our Church uses newly made leavened bread, is made just before celebration; the leavening is done in the previous evening. Hudaya Canon stipulates using Bread for Holy Qurbana the very same day it is made. The word used in Syriac is “Lahmo” meaning leavened bread. The bread is called ‘Hamiro’. A portion of this is kept while ‘Hamiro’ is being made, for future use as leaven. Eastern Churches follow the example of Christ having used leavened bread made from wheat flour and wine at the Last Supper. Our Lord used the regular leavened bread i.e. Lahmo or Artos. The Apostles saved a portion of the mixed flour used for the Last Supper and used it as yeast in preparing the bread thereafter for the communion services and this practice has been continued ever since. Our Church follows the same tradition also to assure that the Lord is life-giving leaven of the Universe. Our Lord speaks of Himself as the bread of life (Jn. 6: 35) the living bread that came down from heaven (Jn. 6: 50-51) whoever eats this bread will live forever.

Bread is God’s gift to humankind. Bread and wine are products of human toil and needed for man’s physical survival. The people who have laboured for this, the farmers, the plougher, the harvester, grinder are all blessed and honoured in our Eucharist along with celebrants and all communicants. Thus, we are submitting the fruits of hard toil before God. Since the earth yields both the bread and wine, so the Eucharist is the offering for all humanity and entire Universe. We are also expressing our thanks as well as submitting to God recalling the relationship with Almighty God and our obligation to Him.

The one loaf made from many grains symbolises a single Church, as bread consists of many small grains which are individually indistinct except that they are united. Similarly, our union is with Christ and with one another because we who are many partake on one bread, the same body. Old Israel made twelve consecrated loaves of the old Israel, but the New Israel submits one loaf, as a symbol of Christ, the only Begotten One. Further, this also symbolises the unity of Church. “Because there is one loaf, we, who are many, are one body, for we all share the one loaf” (1 Corinthians 10: 16 – 17). The Heavenly Bread symbolises Manna which was to be picked for the day only and was not to be carried over to the next morning as commanded by God in Exodus 16, likewise, Bread for Holy Qurbana should be used on the day it is made.

The Bread in Holy Qurbana is known also as ‘Furgono’ meaning ‘chosen’, ‘Thabao’ meaning ‘seal’, ‘Bukkro’ meaning ‘first fruit’ or ‘first born’ (Hebrews 1: 6). The bread made in the same way as the Eucharist bread, but not used in celebration of Holy Eucharist and is blessed by the priest with special ordinary prayer is called as “Boorkso”.

How to Prepare Bread Holy Communion.
On the evening of the day before the Holy Eucharist, the bread for the Eucharist is mixed with flour. This is the order of the priest himself. When the flour is kneaded, the leaven is added (the portion that was kept while “Hamiro” is being made, for the previous Bread). On the day of Holy Qurbana, the Priest or Sexton, who makes the bread should take bath and be physically clean and maintain a spiritual meditative mind. The Hamiro should be pressed and properly mixed with flour. While this is being done Kauma and Psalm 51 is recited. He should not engage in casual talks while preparing Hamiro. All the ingredients should be kept in a clean place in room adjacent to the Madhbha or Bethgazo room. The bowl, spatula and other necessary vessels should be clean.

It is customary to spread the dough on a wooden axle, beat it, and place it on a large spatula, baking the Hamiro. Hamiro should be baked in the morning on the day of the offering of the Holy Qurbana, with the flour kneaded the day before. Hamiro treats it with purity as it adds the yeast we have traditionally got. This bread is called “beat and bake”. Before being beaten, a portion of the dough is taken out and stored as the yeast needed for the next sacrifice. If the sour dough is spoiled or lost for any reason, the sourdough is taken from the priests of other apostolic traditions to make Hamiro. When the Hamiro is pressed into the mold, the prints on the mold are imprinted on it.

In Hamira the priest makes ‘five dots or holes’ symbolizing the five wounds of our Lord. The last drop of blood was shed, and these piercings indicate that this Hamira is the body of the Lord whose life was taken away. In the Old Testament, blood was required for the forgiveness of sins. The blood of the Lord shed on Calvary, removed the sins of all men on earth. The bread made by grinding wheat stalks from many wheat plants, and the wine made from the fruit of many grape vines, shows us that we become one in the Church of many natures. The sacrifice we make for the praise of the Lord is bloodless bread and wine. Through this sacrifice we receive eternal life.

In the Holy place of Jerusalem Temple, twelve numbers of consecrated loaves were placed on the table in front of the veil (Leviticus 24: 5 – 9). 5 And thou shalt take fine flour and bake twelve loaves; Each loaf of bread should have two tablespoons of flour. 6And thou shalt set them in two rows, six on a row, upon the pure table before God: 7And thou shalt overlay it with pure gold; It is an offering made by fire to the Lord. 8And he shall take it unto the children of Israel for an everlasting covenant and shall set it before God continually on the sabbath day. 9It belongs to Aaron and his sons; They shall eat it in a holy place; It is an everlasting inheritance unto him, and most holy unto the burnt offerings of the Lord. That is, the bread was only for the priests. The cut was to be given as food for eternal life to His people all over the world. God has entered into a covenant with the twelve tribes and that God remembers them eternally. The manna Israelites received during their exodus as their daily food was an evidence for God’s care on them. As an eternal memory of that care, the golden jar where manna was kept is placed in the gold-plated arc (Hebrews 9: 4). Church tradition understands that this manna and the consecrated loaf are a foretaste to Holy Qurbana (John 6: 31 – 34).

The wine from grapes is used. Wine and water are offered in the Eucharist, signifying the blood and water that came out from the side of our lord when pierced by a lance (Jn 19: 34). This reminds us that Divinity and humanity are mixed in our Lord. Mixing of water with wine symbolises the uniting of our humanity with His Divinity.

From the early days, Church had been using wine mixed with water. Documents available as of 6th century prescribe equal measure of wine and water. “We add water to wine as taught by our Lord; Apostle and theologian St john had stated, one of the soldiers pierced Jesus’ side with a spear bringing a sudden flow of blood and water” (John 19: 34). This is the scriptural portion quoted by Church fathers to justify the custom of mixing water and wine for Holy Qurbana. The prayer at the time mixing water with wine and pouring into the Chalice during the preparatory service to Holy Qurbana also has this portion of the Bible: ‘Unite, O Lord, this water and this wine as Your divinity was united with our humanity’. With this prayer, the celebrant pours water into wine. Our Church sees this, as a symbol of Christ’s divinity having been merged with humanity.

Ancient canons states extract of grapes alone can be used as wine in Holy Qurbana. This wine should be a little sweet, a little sour and red in colour. Wherever wine is not easily available, the extract formed by squeezing dry grapes (dried raisins) soaked in water, is also uses, however, Church tradition is against the use of ordinary grape juice. 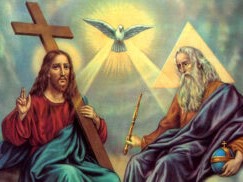 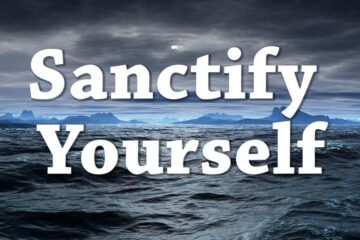